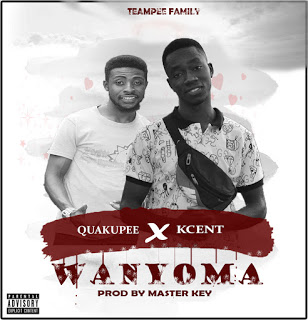 Obuasi’s Highlife artist of the year, Quakupee is set to release a brand new banger to hit the streets of Ghana titled ‘Wanyoma‘.

Quakupee, the Highlife King of Obuasi features KCent – a superstar rapper in Obuasi on this one. The ‘Wanyoma’ song will be released on Monday, 30th September 2019 which happens to be Quakupee’s birthday; and was produced by Master Key.

Watch this space to be updated when the song drops on Monday, 30th September.