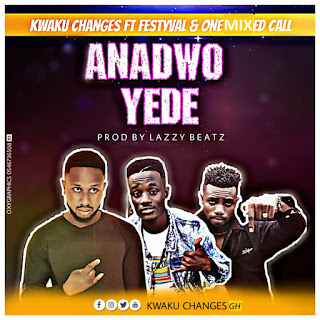 Gaaga Movement King, Kwaku Changes; a Ghanaian fast rising singer unlock the much anticipated tune dubbed “Anadwo Yede”. He featured Festyval and One Mixed Call. The song was produced by Lazzy Beatz. This particular song is been stolen by award winning music producer Mix Masta Garzy claimed by Kwaku Changes. It is a song circulating everywhere. Stream, download, share below and party with it.