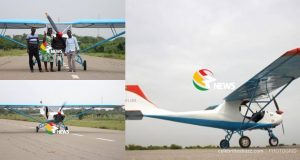 The Wright brothers changed the world with the invention of the aeroplane which opened the world for aviation to begin and advance. 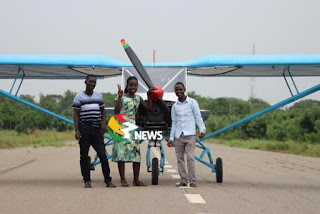 The brothers want the world to know it is possible to manufacture planes in Ghana.
At a young age, Jacob and Isaac knew they were destined for greatness.
At age 8, they manufactured their own car.
In order to achieve their dream of making aircrafts, the two brothers started on the small in the backyard of their residence at Dome Pillar 2.
They used local materials such as Iron square pipes, plywood and aluminium sheets to make the light aircraft.
3news.com‘s Portia Gabor visited the manufacturers of the aircraft at an airfield located at Afienya to test fly their craft. 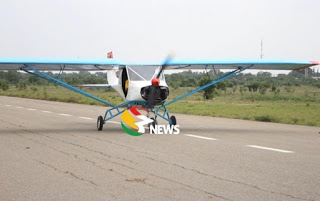 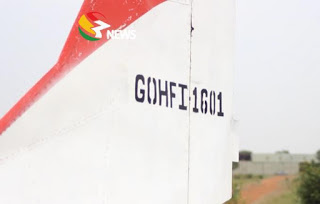 The wings are detachable for easy transportation. 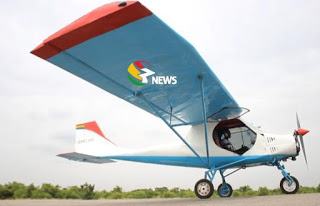 The engine, which runs on petrol, is a used Volkswagen engine which produces power to drive the propeller.
Jacob and Isaac noted that they were able to construct the light aircraft with the assistance of an ex-air force officer and by watching videos on Youtube.
Although the aircraft can fly, they currently do not have the license to do so due to some challenges.
“The Ghana Civil Aviation has already given us the opportunity to use this runway for testing the aircraft.
“We are not having a license so we do not have a permit to fly. So we need the license, and the license also cost a lot so we need support from everyone, government and organizations,” Jacob appealed.
According to the brothers, the aircraft can be used by the police for patrol services as well as by farmers, who can also use it to water their plants.
The brothers also noted that they can build cargoes that can be used to transport goods if given the right financial support. 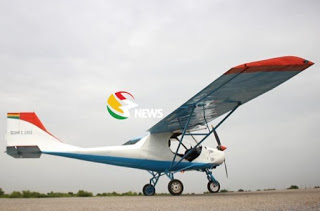 They are hopeful, someday; somehow GHOFI 1601 will fly in the skies.
Watch video below as aircraft gets tested
SHARE: