SHARE:
Death has laid it cold hands on Ghanaian based UK singer better known as ‘JUNIOR‘. 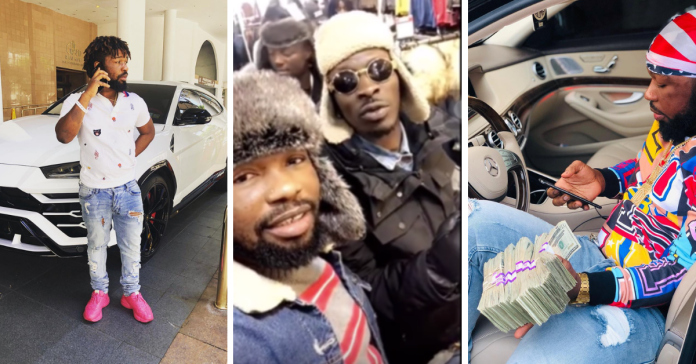 The news about his death went viral today as he was shot in his own apartment, left dead in cold blood according to report.

In the post he shared on Snapchat; Shatta doesn’t believe it because he claimed the two were on phone doing video few hours before his death and they actually had plans on a couple of things.

Read what he wrote on snapchat below; 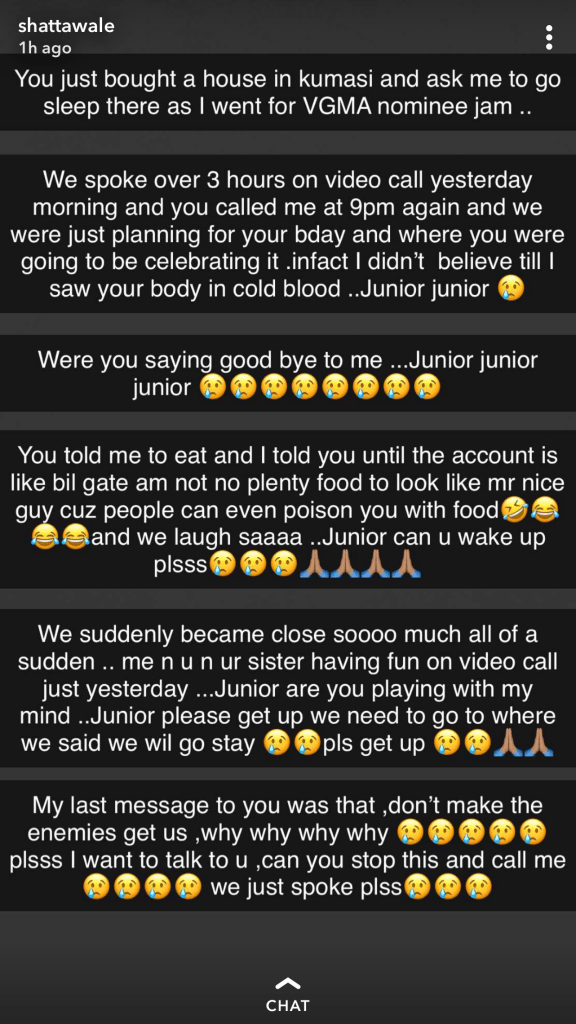